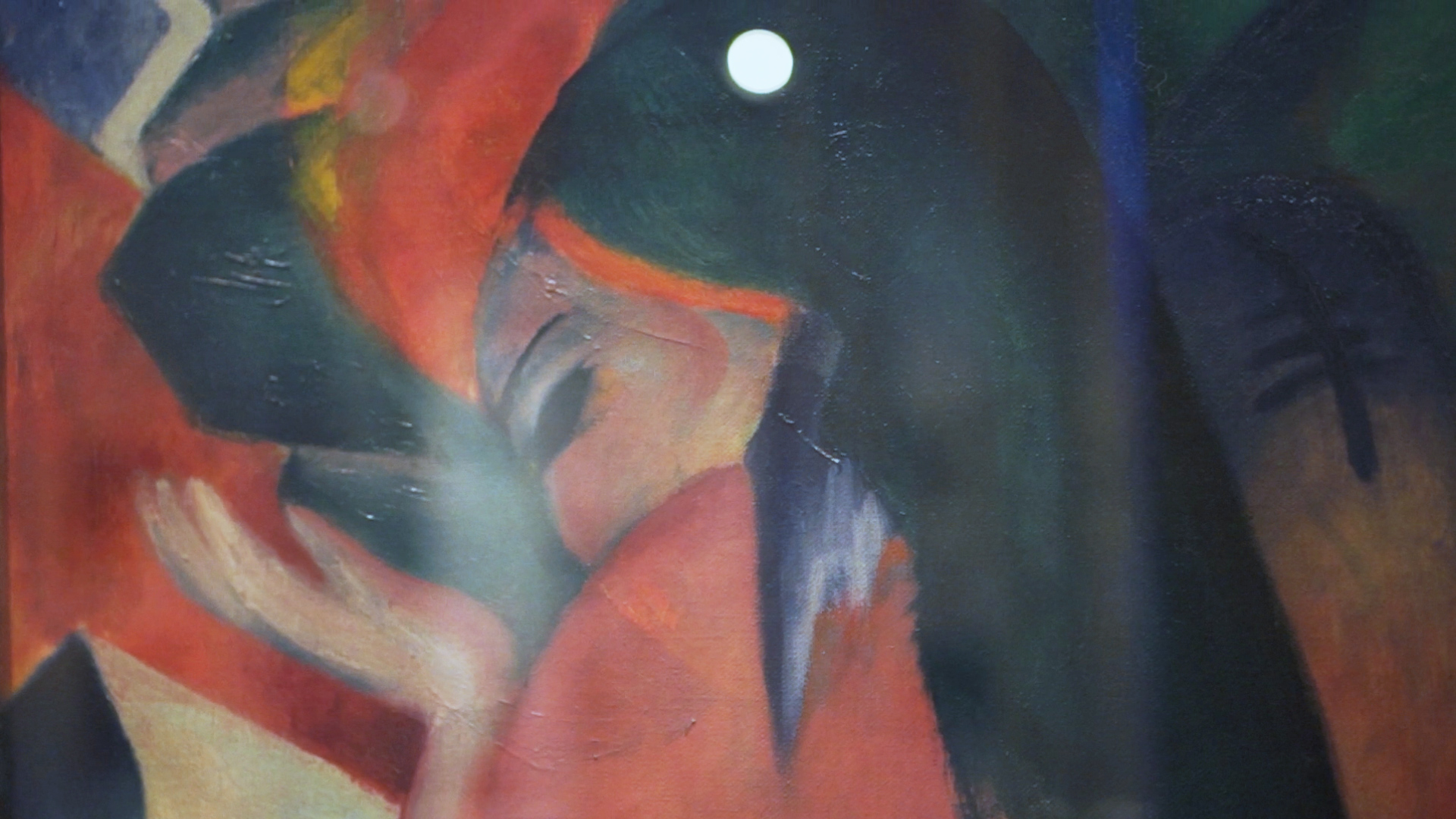 Six films about prominent works and artists in the collection were produced as well as a number of longer interviews with art historians and artists intended to be viewed alongside the artworks in the gallery space itself.

Red Woman was one of Marc’s last paintings containing the human figure and reflects the humanistic idea of man’s inter-relationship with nature. This short film discusses the importance of this work and how it came to be in the collection.